I worked with Simon (drop in) Vinestock on the first Texas album when I was 18, it was my first experience in a proper recording studio and I must say he helped me through it and was so patient and it went on to be a very successful record selling over a million copies world-wide. Simon also took me for a few drives in his cool Jag which was very impressive for a Glasgow kid.   Ally Mcerlaine Texas
Ally Mcerlaine

Simon did an amazing job engineering and mixing The Mighty Lemon Drops most successful album “World Without End” at Rockfield Studios in Wales & Utopia Studios in London. This included our most successful song “Inside Out”, which is still being licensed for tv etc today!. We also kidnapped Simon & dragged him to Birmingham to work on some additional material the following year! He does fantastic work & we had a great time together! Dave Newton The Mighty Lemon Drops

Dave Newton.
Simon has a complete mastery of all aspects of the process. I’d been hanging around recording studios for six years before I worked with Simon and he was constantly showing me things I didn’t know.
He quickly translated my ideas – no matter how stupid – into results. Equally, if the results were rubbish, he would say so. Which is a good thing.
His commitment to a project is total. His focus throughout the making of our album was to ‘get it right’ which he did.
Jim Melly.

We have had the pleasure of working with Simon Vinestock at MixFarm over the past few years on various projects. Simon uses his decades of unique professional experience to bring out the very best representation of the material.
He creates depth and dimension with his multi-layered, sound-scaping approach.

The greatest benefit of working with Simon is his extensive experience in the analogue and digital environments, and his ability to solve problems using a minimalist approach so that the integrity of the recording is heightened.

His mixes are testimony to his craft.
(Brian Nash (Frankie Goes To Hollywood, Low 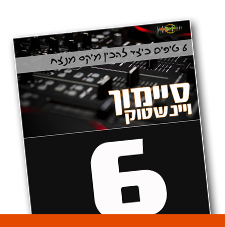